Guns and Marshmallows Explode at the Bang Candy Company 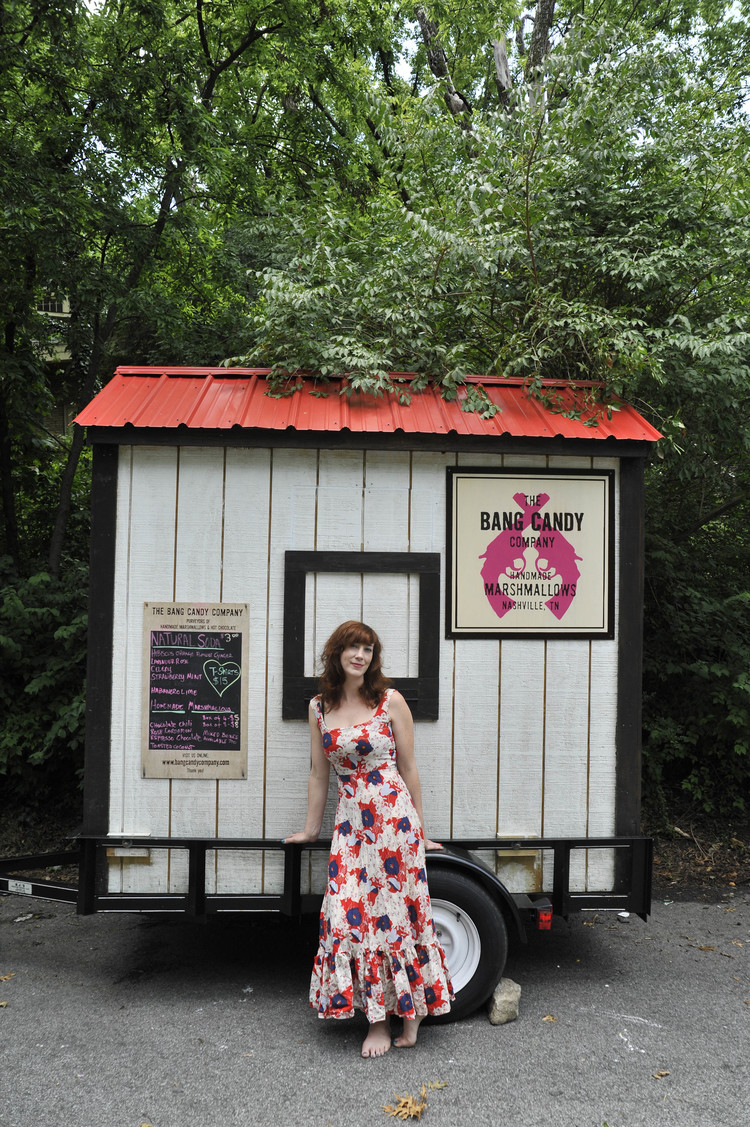 Status quo is Sarah Souther’s dirty word. From a stint in the film business after studying design in her native Ireland to the juggling of five jobs while raising a child in Nashville, Sarah has turned an experiment with homemade marshmallows into a thriving business with a little help from Nashville friends.

Ten years ago Sarah was a single mother living on a remote family farm in Ireland. A vacationing Nashville songwriter asked her to marry him. Excited to escape a country that views change with suspicion, the twenty-five-year-old didn’t hesitate. Change was her mantra. And though the relationship did not last, she found the supportive and positive vibe she longed for in Nashville.

Marshmallow became a passion after she dined with friends at a local tapas restaurant. She encountered a homemade version of the heretofore-dumpy marshmallow in her dessert, and her curiosity was piqued.

She experimented that night, making her own with rosewater and ground cardamom. Friends loved them, demanding she make them for their dinner parties. Five jobs quickly became one, and the budding candy empress declared marshmallow the new cupcake. “In England and Northern California and New York, women have taken up a tape measure, noticed that their asses have expanded far beyond their wildest dreams, and now the marshmallow is the future of classy decadence.” With that she began to market her “fluffy confections.”